On the way down to the waves at Uluwatu.
Even though the surfing was a failure, it's a really cool area! Nice vibe, bunch of little restaurants and shops built into the cliff overlooking amazing waves. The stairs are a bit tough for poor Dave with his messed up back but he's dealing with it pretty well (for being miserable and in pain).

We were all very excited, "The Toes" rented a board and headed out over the shallow reef. We walked up the stairs and got a large Bintang (had to be careful of our glasses because of the monkeys) in one of the cliff-side warungs and got a good seat to watch him surf. Long story short, he gave it a shot but couldn't get all the way out; certainly not without booties. Ended up paddling in. Darn! 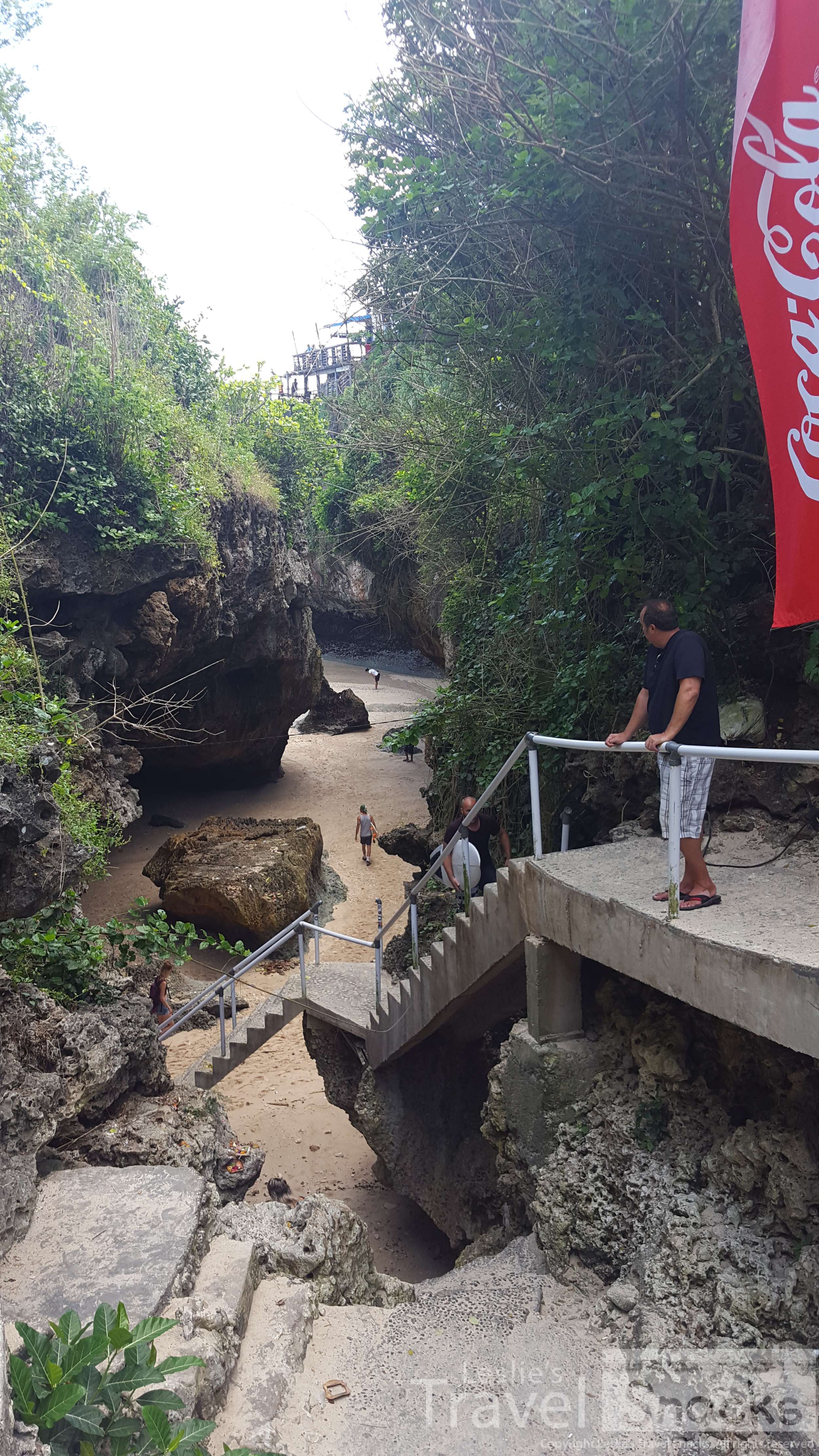 This is the way to get out to the water. A bit of a trek. 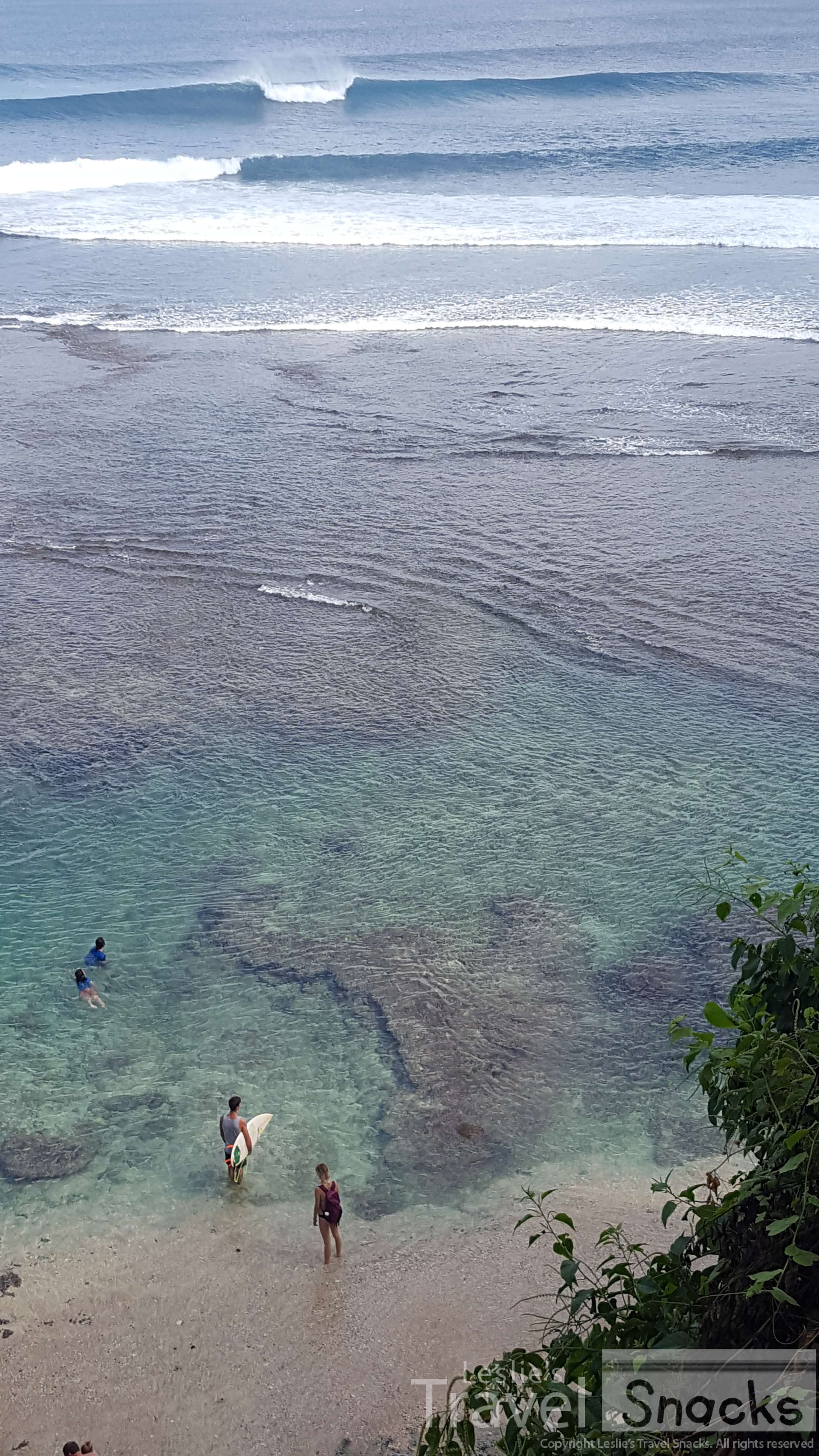 Contemplating how on earth to get out to those waves!
After lunch and a photo opp at the Single Fin (to post on our Mission Beach Single Fin page), we just headed back to our rooms. The kids are gone so we're hoping they rented a motorbike to go try at another surf beach. 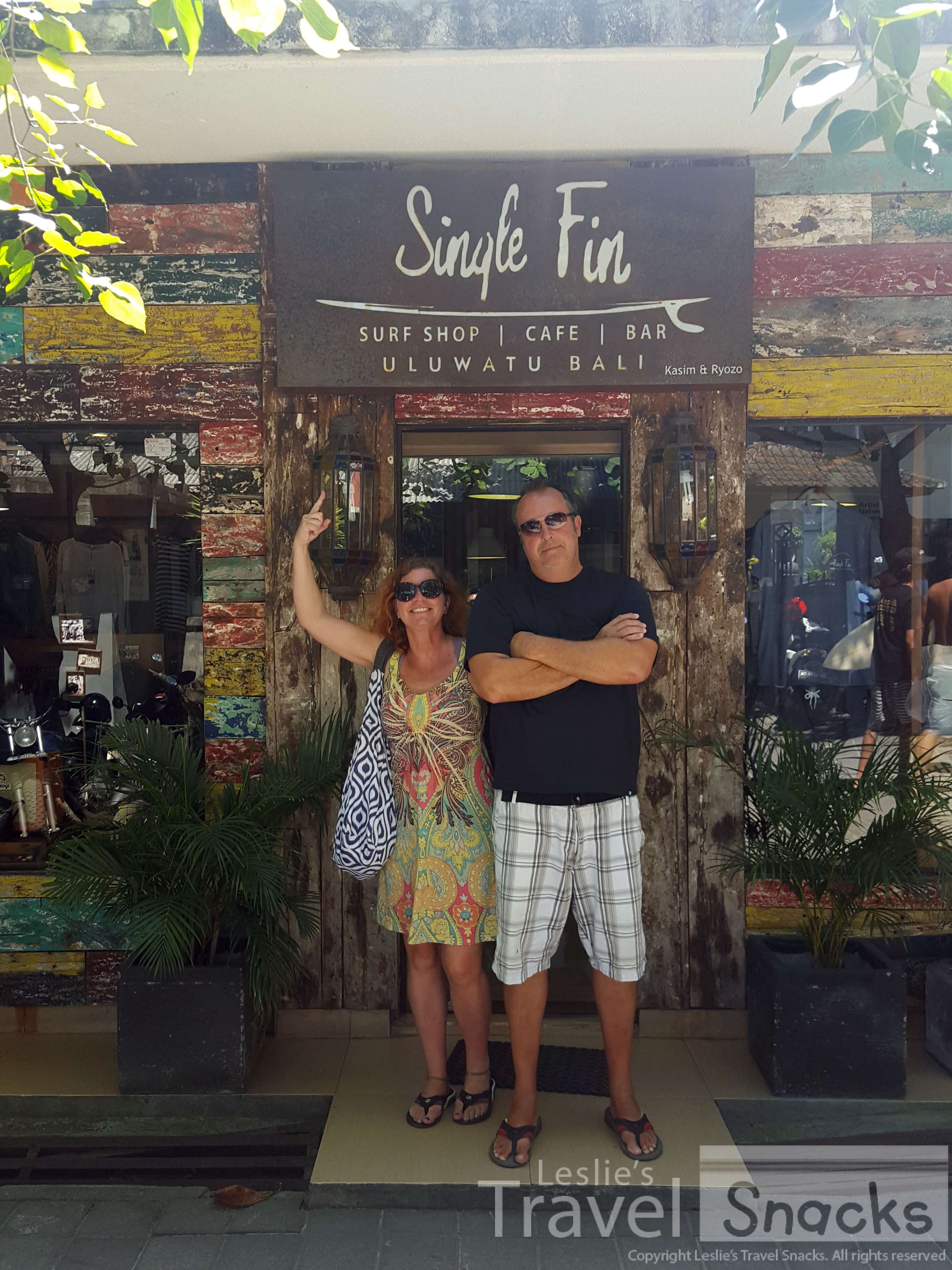 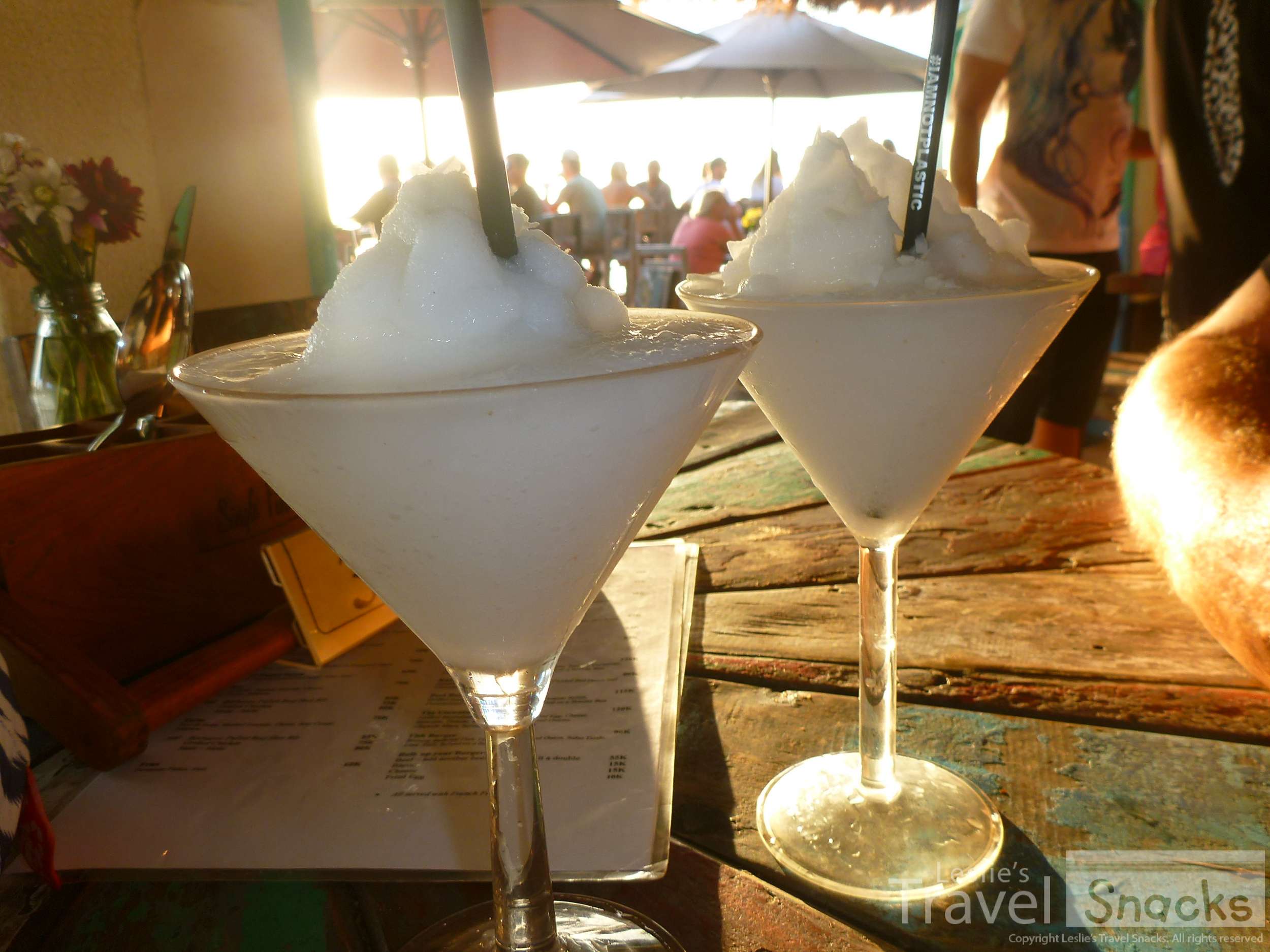 Frosty drinks at Single Fin for sunset. Notice the straws #IAMNOTPLASTIC
Dave and I are just chillin' in our room at Mamo Hotel. The location is awesome! Nice pool, average rooms but it's only $37/night. Was really surprised how far it was to get there. Our shuttle included with our fast boat from Gili (on Wahana) dropped a few people (kicked them out really LOL) in he main "city" and it was another 20 min or so on the hilly roads to get to our neighborhood. Drove by Padang Padang beach that looked like ti had amazing waves, too! Gonna be a long travel day again tomorrow. I don't d it but I'm worried bout everyone else.

Later: Turns out they did go to Padang Padang and got some good time on the waves!

Submit Your Comment
Hi, I'm Leslie and here's the blog part of my site. I'm laying it all out there. Read my (sometimes over) emotional journey through traveling alone and experiencing life out there in the world.