Not all Spirits in Bali are Benevolent

Bali is known for its spirituality. I agree it is a very spiritual place and my house sitting adventure gave me proof of that!
When I was young, I could feel spirits no problem. It just seemed natural that you could tell if there were spirits in a certain room or house. My sister said we even used to astral travel when we were young! That I don't remember but I believe her.

But that was a long time ago and I have let life get in the way and I am no longer very "in touch" spiritually. Not that I don't believe in all that, I just no longer feel it.

Until I went to Bali.

Everyone knows that Bali is a spiritual place. People come here for retreats, it's the "pray" in Eat Pray Love, and religion runs deep in the local culture.


How can anyone complain house sitting on the beach in Bali?! Well let me tell you....
I arrived at J's house in North Bali as a last minute favor to watch her house and pets for about 7 weeks. It's nice house by Bali standards but it was taking me a while to feel comfortable there - just the differences in a third world country I suppose even though I'm used to traveling "rough". The chi or feng shui or whatever you want to call it, was all off. Totally no surprise to those who know me well, I rearranged some furniture and a few other things. Ahh, much better. (Adjusting to My New Digs and Questioning My Goals)

But better wasn't enough. There was something bad in that house. I could feel it as sure as I could feel the bugs crawling on me every night, all night long. I was seeing things moving through the corner of my eye and sometimes when I was laying in bed I would feel the cat step on me, then I'd look and there was no cat there.

Early on, I started lighting incense in the spirit houses. The first night I did it, I concentrated on filling the house with white light and appeasing the spirits and luring them out with the incense. I swear the next day the house felt a lot better. It didn't last long despite the regular incense. I considered asking the pembantu (gardener) if there was someone who could come and cleanse the house. I need that tiny woman to come tell me in her munchkin voice "This house is clean."

Spirit house offerings of coffee, incense, and flowers.
I was in tears after less than a week and as the weeks went on, the house started to break me. It was just one thing after the other.

I wasn't sleeping much either which didn't help. I tried sleeping with the windows open but there were just too many bugs. Especially after that gigantic hand-sized spider crawled in the house, windows shut. But even then I had to keep a light blanket over me or I'd get eaten alive by the mosquitoes, which can you imagine it being 80 degrees and humid in the middle of the night and sleeping with a blanket?! I finally decided that the small hard wicker sofa (shorter than I am with only a 1" piece of foam) was the least stifling place to sleep, so that's where I slept the last 3 weeks.

The damn mosquitoes buzzed around my ears at night waking me up and eliciting the reaction of smacking myself in the head trying to kill them. I was sweltering hot all night long; like every inch of me drenched and dripping with sweat and it was so stuffy I could barely breathe. A month goes by and I'm almost in tears every night because of the discomfort and bug bites. It's like torture and I beg out loud to please leave me alone and let me get some sleep.

I did finally get a win and rigged quite the little sleeping tent on my hard, short, uncomfortable sofa. I still woke up sweaty and with numb hips but the mozzies couldn't get me in there and I was able to keep a window open! I still got bitten during the day by the mosquitoes, flies, spiders, and maybe even fleas, but at night I'm relatively safe. :)

I asked the neighbors how old the house was (like did somebody die there?) but it was only 7 years old. Supposedly built by a retiring police captain but his wife didn't want to move to that village so he sold it. Why does this house have so many spirit houses? There are 4. Seems too many. What lives there?

When I finally told one of the neighbors that the house had bad energy, they totally agreed and said they weren't surprised given the rough go the house has had. At first I thought maybe it was my own negative energies manifesting in the house. No, not the case.

So let's see, here are some of the bad things that the house decided to bestow upon me: 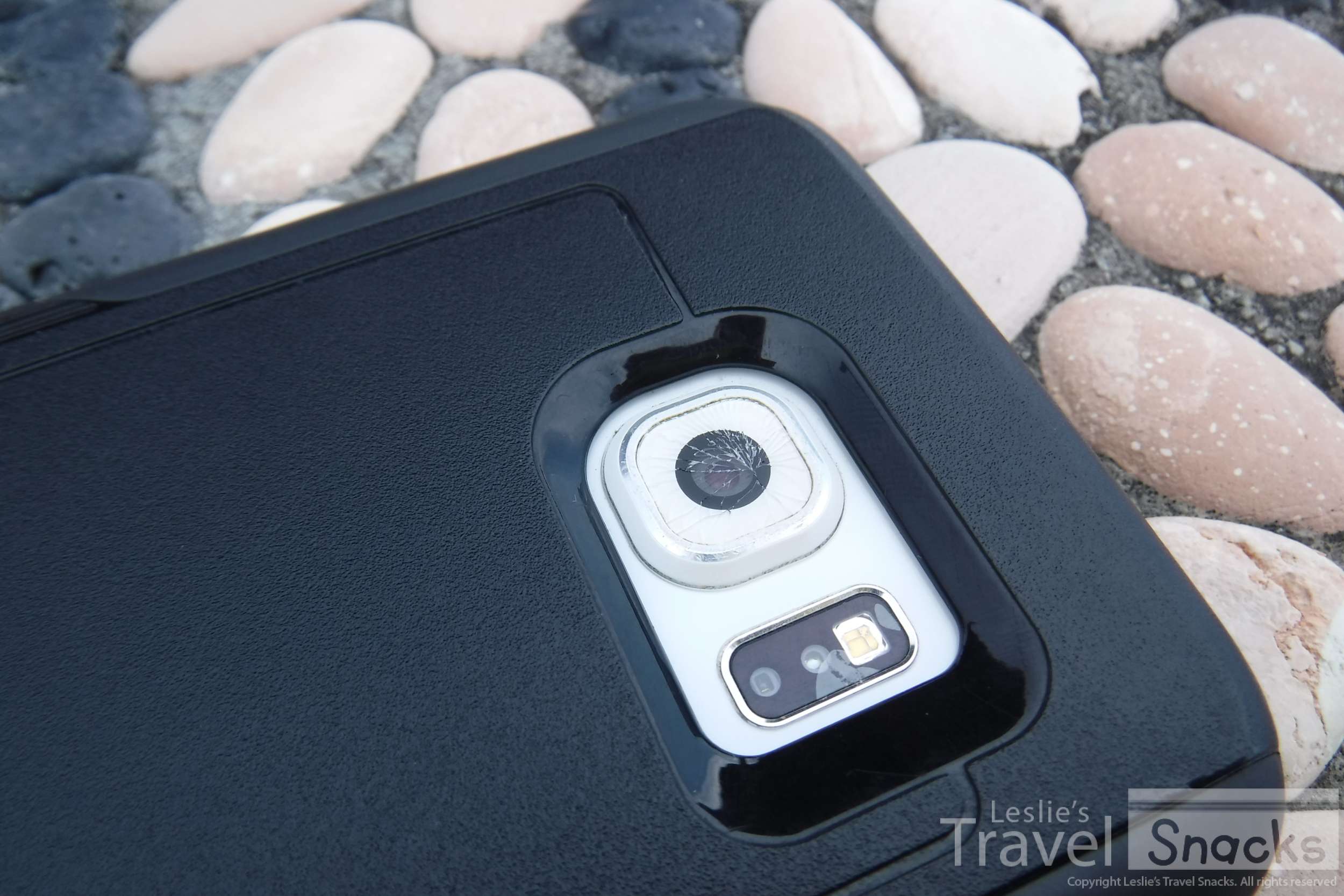 My attempt at barricading the giant spider in the front bedroom.

Nice way to start the morning. I even had a lid on the coffee and I still ended up with a fly floater.

The mold that spread throughout my stay.

This dog's days are numbered. Dog culling (poisoning) day was quickly arriving.
I know death is a part of life and one is not as sheltered from it in third world countries, but this all seemed a bit excessive or at least compounded by everything else going on.

From the insects I killed (including flies, ants, mosquitoes, roaches, and that giant weird thing), all the things the cats caught and ate (a few tokay lizards, a disemboweled mouse, a sizable bird, crabs, dragon flies eaten alive, and I don't even know what else), a dead chicken on the beach the first few days, then a dead puppy after the big storm, the small dog we nailed with the car on my first night out with the neighbors, the poor dog writhing in the road on my way home from the immigration office yelping because it had just been hit by a car and was half skinned, and last but not least dog culling day (piles of dead dogs on the side of the road including one that seemed to have made its way into the bougainvillea on the beach along with a couple of bloated dogs that ended up in the small waterway near the house).

I have to say that this dragonfly is absolutely beautiful, even dead.

One of many nice gifts the cats brought me.

This is the thing that was crawling down my shirt one night in the house.
Just as bad as all that, was the constant feeling of being in a (spiritually) messed up house. It was an obvious feeling, not something I was projecting because I was a bit uncomfortable. Was it the Amityville Horror house that was full of flies?

By the end I was trying to be strong and tell the spirits that they could throw bugs on me, mosquitoes, whatever, but they were not allowed to mess with my computer. I finally just asked them (out loud again) to let me get through this and I'd be out of their way.

It got to where (particularly when the owl monkey lizard whatever was squealing around the house) I felt like I was in a horror movie. I could see each of these things happening in a haunted house movie as the prelude to the big scene. And watching the movie saying "Screw that. I wouldn't' stay in that house after that, what is she thinking?!"

When I finally went to the Buddhist temple after over a month, as soon as I walked into the first meditation hall, I was overwhelmed with peace. It was like getting a spiritual hug. I had not felt good energy in way too long. It brought me to tears. I hadn't realized how bad it had gotten.

Ahhh, some feel-good at Vihara.
I left the house 4 days ago and I'm a completely new person. My computer is suddenly working fine and I don't feel that darkness I was living in. Yeah it's super hot and I'm sweaty all the time, but I don't feel like I'm suffocating anymore, I'm not itchy, and I am immediately happy.

I know there are a lot of spirits and demons in Bali, Shoot, they just had a huge festival dedicated to eradicating demons! I seriously don't know how I lasted that long but I'm so incredibly relieved to be out of there. I feel badly because this is a woman's home I'm talking about. But truth be told, she is not happy here and going to try to sell it. I also heard a story that she was in a law-suit with some guy and he poisoned all her cats and dumped them over her wall. I do think she needs to leave. Fast.

Adjusting to My New Digs and Questioning My Travel Goals

I know what all my friends were picturing when I told them I was house sitting in Bali for a while. They were wrong. Excitement, denial, anger, bargaining, depression and acceptance, happiness. I'm smack dab in the middle of it.

Weathering the Storm of the Decade in Bali

Nothing calm or soothing about my first week in Bali! Constant storms, crashing waves, and apparently the worst storm in 10 years! Watching what happens out at the beach has been an interesting thing to observe.

It is Not Polite to Stop at a Red Light

With an average of over 200 motorbike deaths in Bali every month, I found myself quite wary of hitting the road, even in a smaller village. But I put on my big girl pants and did it.