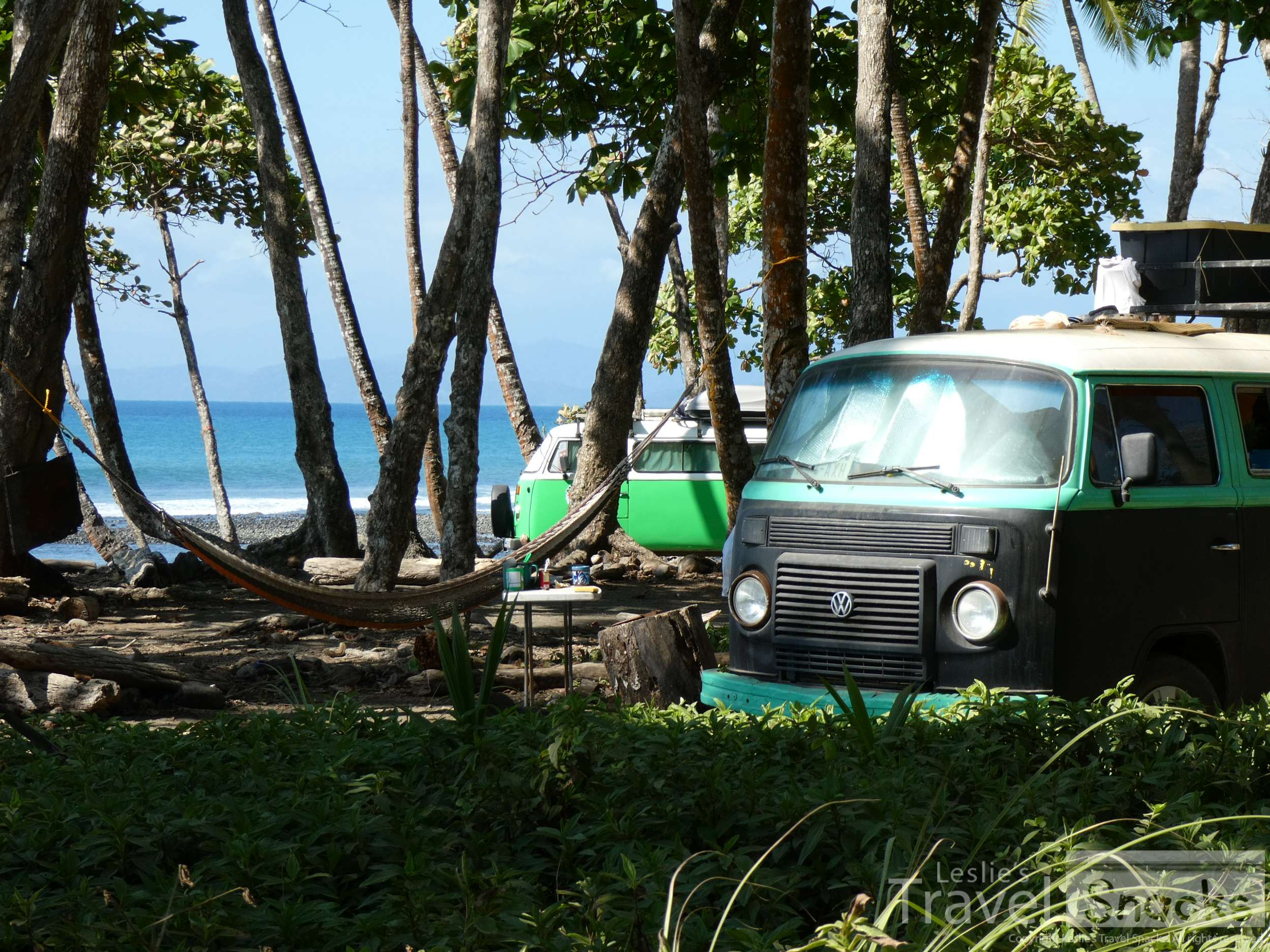 Just what you'd imagine from a surf town. VW van camping on the beach.
Not far from Zancudo is Pavones with it's world famous 2-minute left break. A quick visit in the off season just gave us a glimpse.
It's great with my friends visiting here and having a car to get around! One day we decided to drive a little to the south and visit Pavones, known for being a remote surf town with one of the longest (or THE longest depending on who you ask) left breaks in the world.

It's not far from Zancudo, but it takes a little while to get there because of the rutted dirt roads and narrow hidden bridges you have to keep an eye out for. But it's a pretty drive through some tiny barios (towns) and over quite a few picturesque rivers looking out through hanging vines out to the gulf. Apparently in 2018 they added a bridge so you don't have to cross the larger river. I mean you still cross the river on the bridge, but now you don't have to drive THROUGH the river. LOL

See Getting To and From Pavones Surf Town on a Budget. 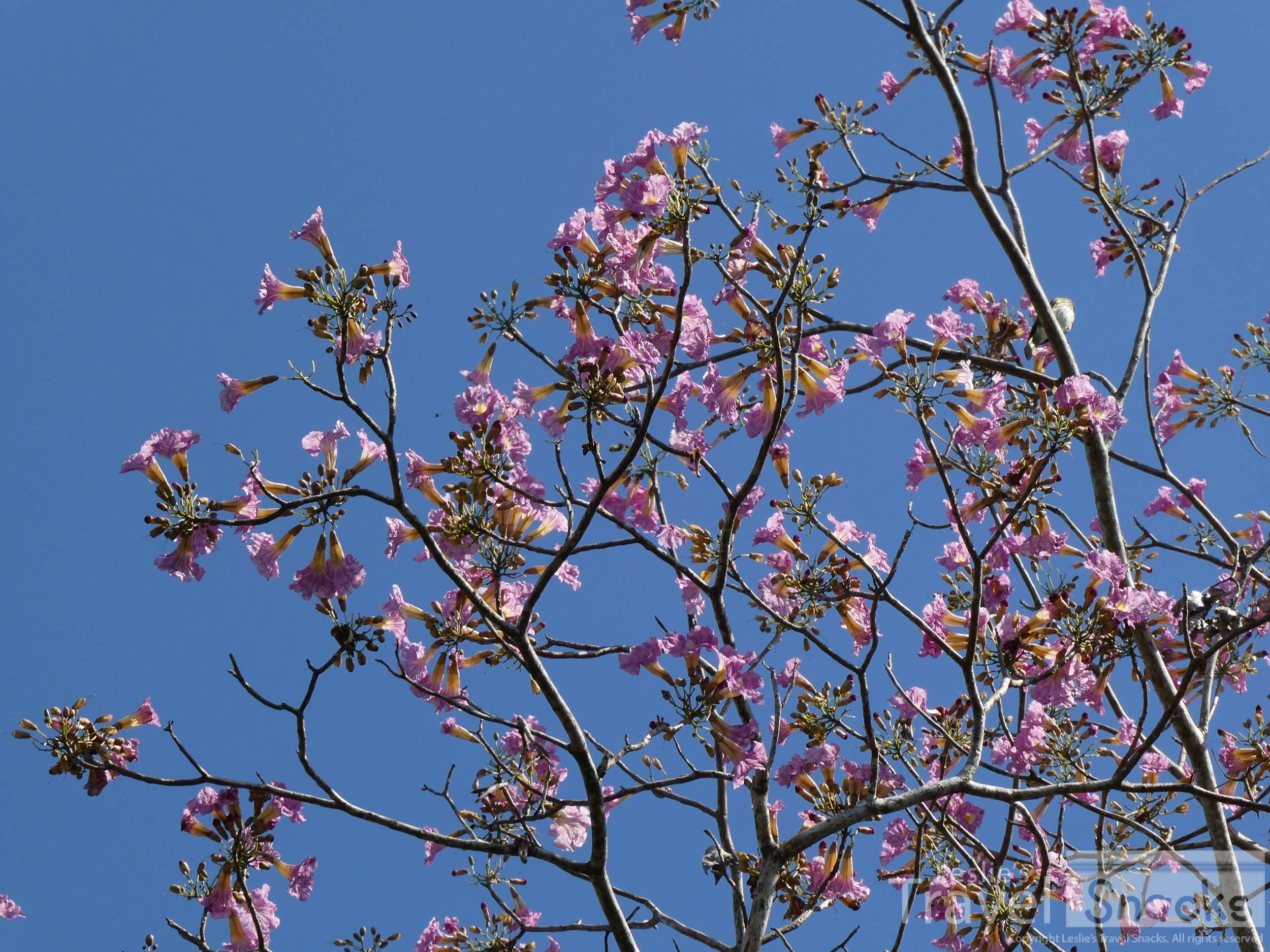 Rivers, flowers, and lots of greenery on the way to Pavones.
The best part of the drive was when we came across a cowboy herding cows down the road. Yes, a real cowboy with a lasso and everything. How cool. The cars all patiently stopped and waited. I marveled at the flock of pure white cow egrets while the cowboy (and cowdogs?) got the herd down the road, across the bridge, and up the hill on the other side. :)

The best I could do, apparently. A blurry photo of the egrets. 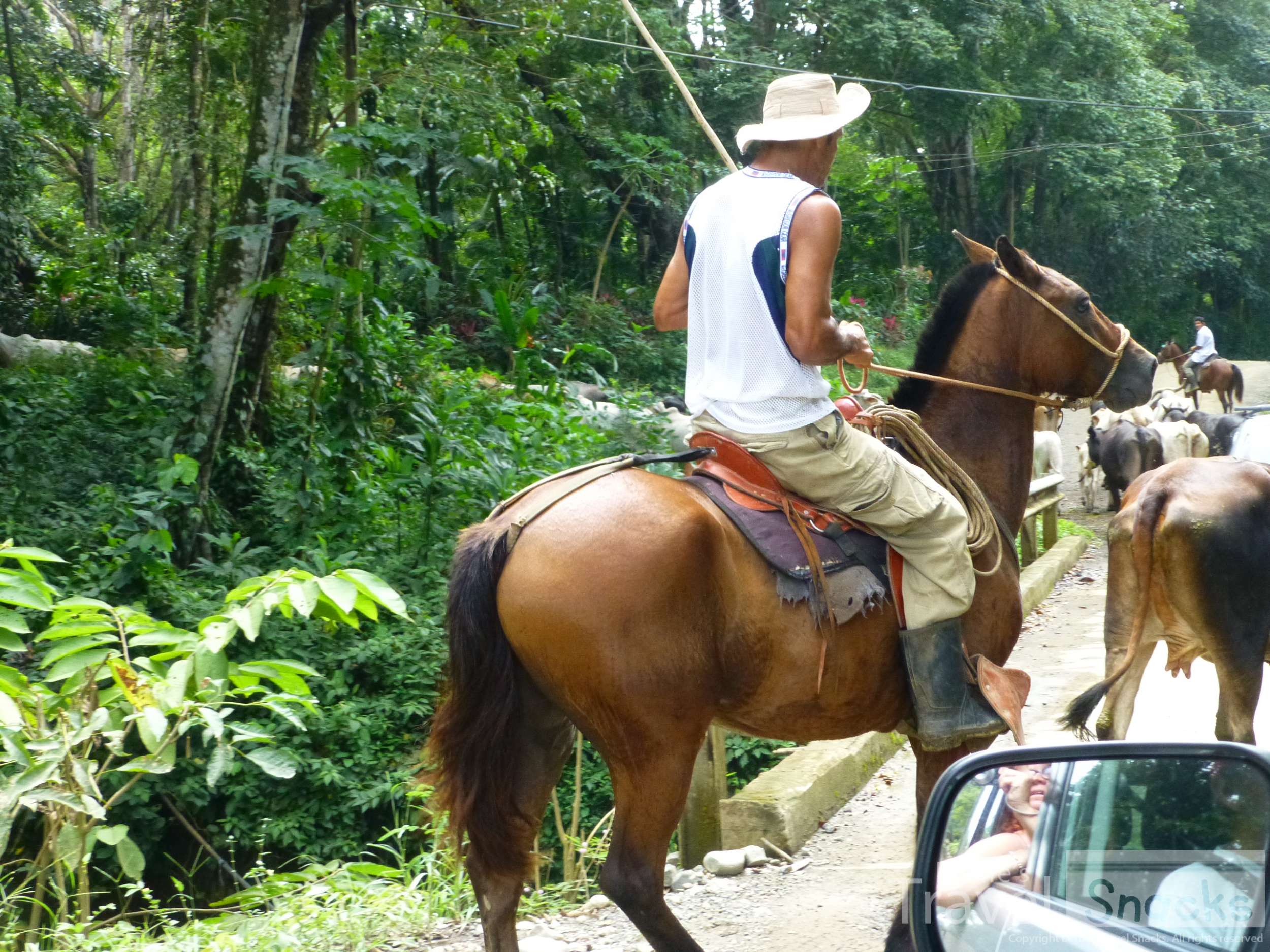 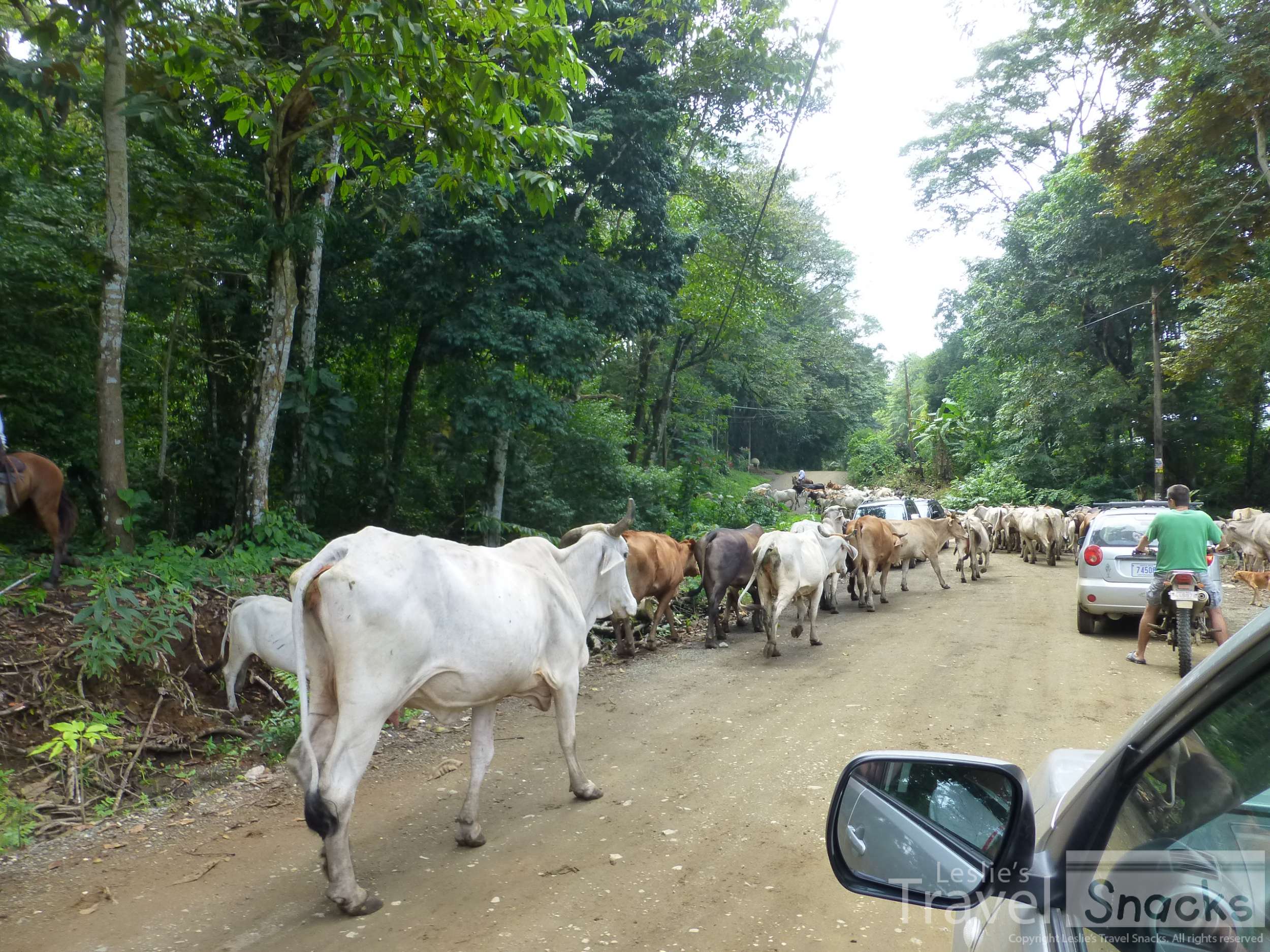 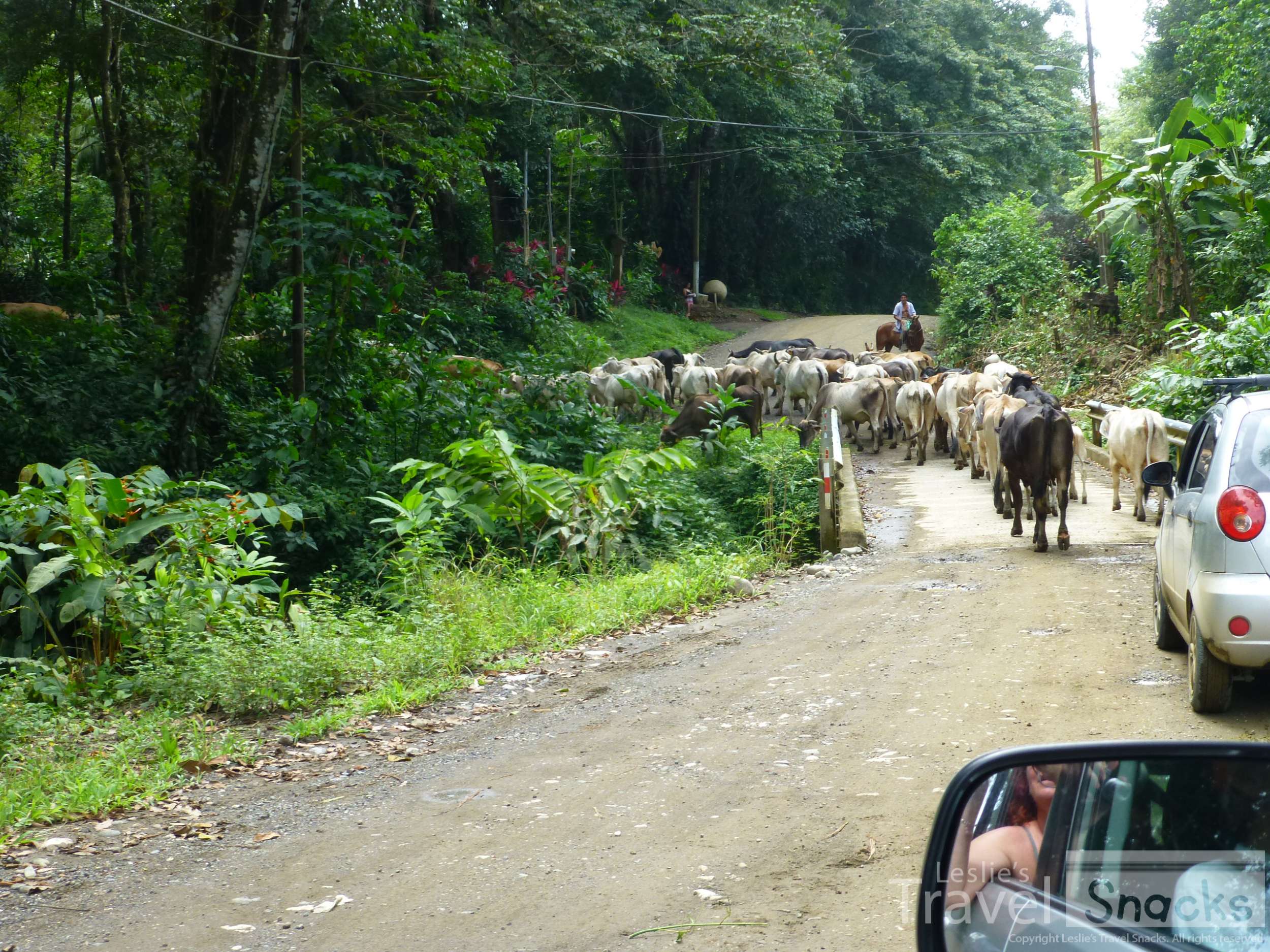 Because it's still the off season (excuse me, the green season), the whole town is pretty much closed up. We found one woman in the center of town who served us beer and would make some basic plates if we wanted but they weren't serving off the menu. La Bruschetta (La Piña) looked pretty and colorful but David wanted something with people in it. Um, off season, we're lucky it's even open! Turns out that was a big mistake skipping it. I went some time later and it was amazing.

We stopped at the park to watch the waves. The surf was small but you could see how it could be a long ride with it's diagonal break.

I've been told that Pavones doesn't have as much of a sense of community as neighboring areas like Pavóne and Zancudo, but it's small and quiet, but seems it would be a cool little town to spend some time in during the high season.

UPDATE: La Bruschetta (formerly La Piña so that's what the sign says and what most people still call it), is run by a woman who knows her stuff. It's not cheap, but here you will find real Italian food with, hold your hats, real cheese. Cheese like Gorgonzola even! Their plate of mixed bruschetta is out of this world and the pizza is worth every cheese bite.

It's right across the street from the beach where there used to be a platform and dining table on top of the big rock. Steps still (sort of exist) to climb to the top, but the platform is no longer usable.

La Piña sign in front of La Bruschetta. It's one of those things where it might always retain the previous name to some extent. 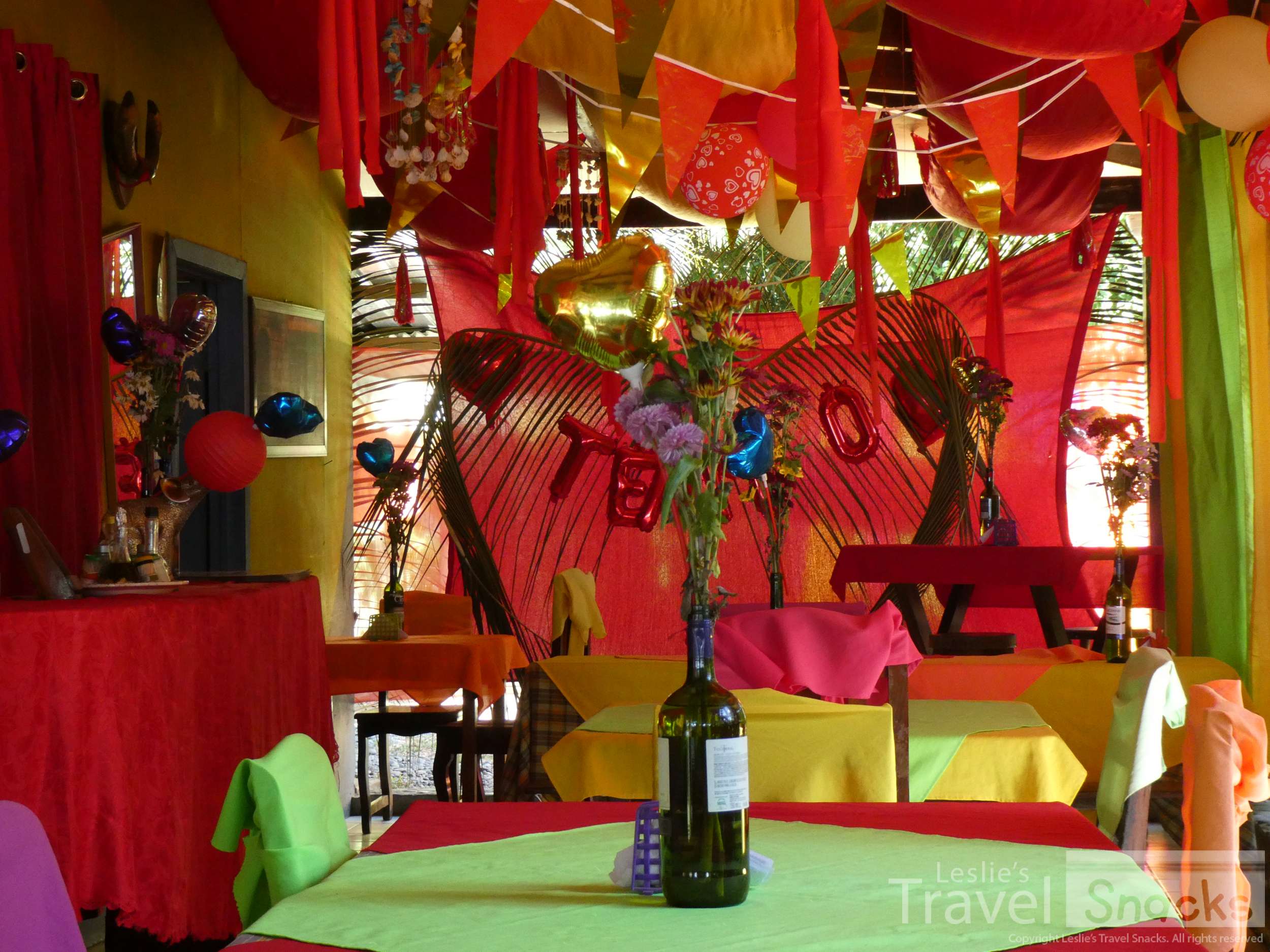 La Bruschetta is so colorful. Especially just after Valentine's Day. :) 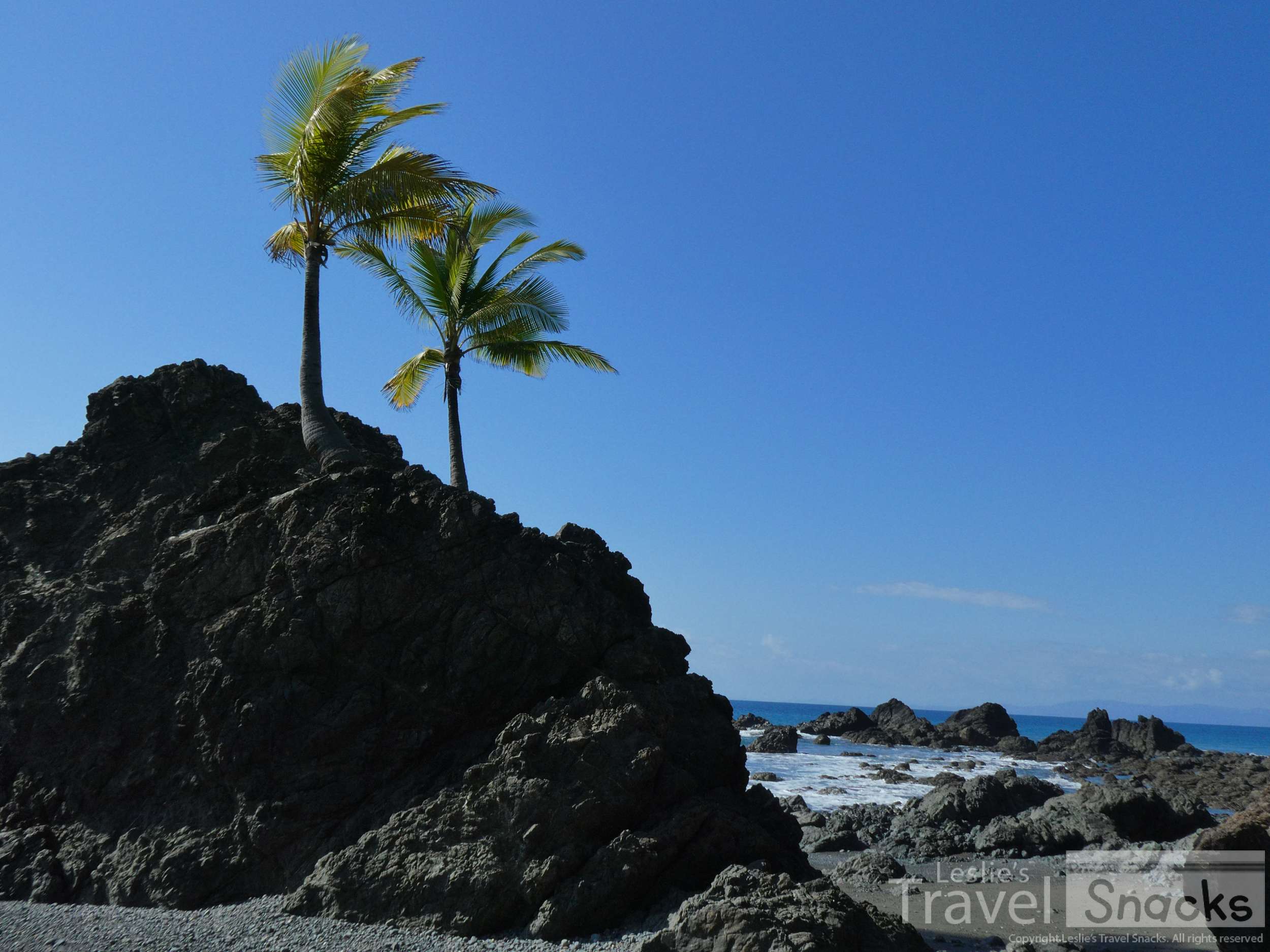 Remnants of the old platform at the top of the rock. 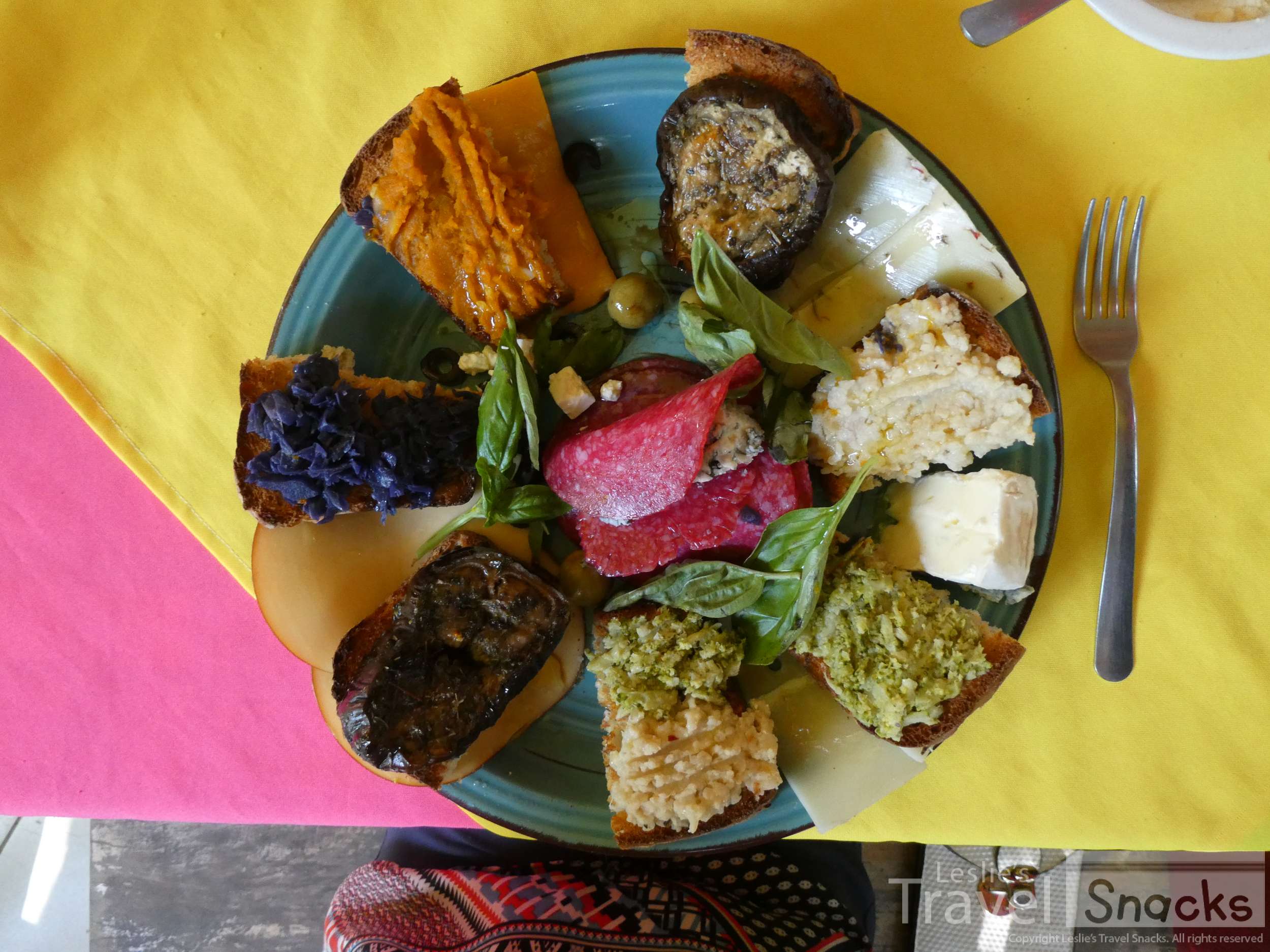 Mixed plate of, what else? Bruschetta!

A Day in Paso Canoas - Shopping in Panama

It's typical in southern Costa Rica to go to Panama to shop. It wasn't the most exciting day, but I figured I should check it out.

Where to Grab a Drink (and a Bite) in Monteverde

From fancy to grungy, here are my favorite places to drink and have a snack around Monteverde / Santa Elena. Cheers! Oh, I mean Pura Vida!

Playa Zancudo (meaning mosquito beach) would more aptly be named Playa Mango during the start of the green season, there are so many mangoes!

Cancún on a Budget