Now looking at my photos, there doesn't seem to be nearly enough to cover the number of cool bugs and such I've seen. I guess it comes down to not having usable photos of them. Nonetheless, here are some cool, pretty, and creepy things.

There are butterflies all over Costa Rica. They don't always cooperate for a photo but I got a few. Still no photo of my own of a Blue Morpho but I've seen a few. :)

One of many pretty butterflies 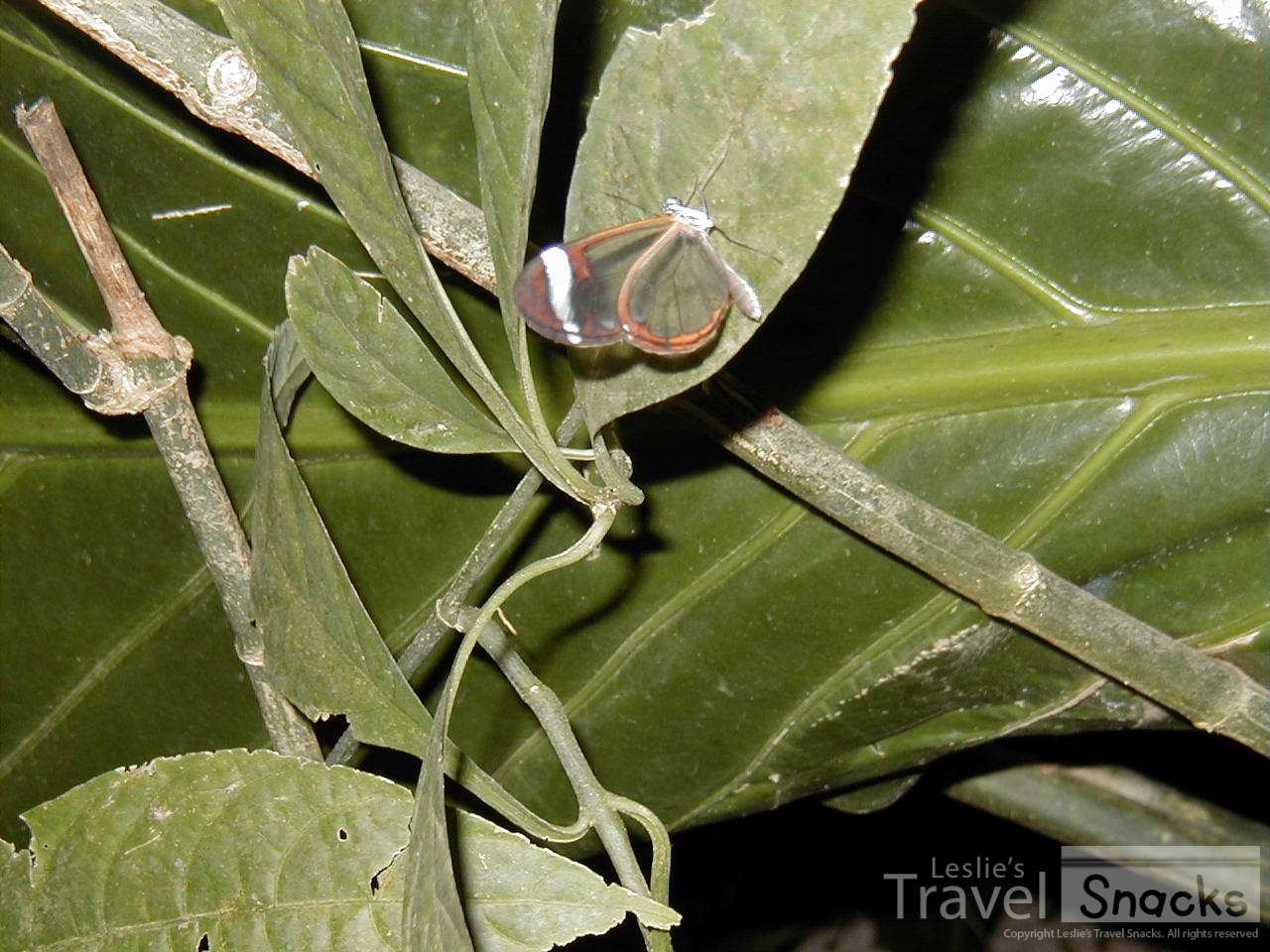 I wish this were a more clear. Glass-winged butterfly.

This fuzzy guy hung out on my screen for an entire day.

Not sure if it's a moth or butterfly but it's really pretty up close.

There was a lot of pretty wildlife in along the dirt road parallel to Zancudo Rd.

Managed this on in Noah's Arena Alta property.

She posed so nicely that she deserves two photos.

There hasn't been anything too scary yet! But yes, there are insects everywhere.

I always thought these were called Darning Needles but it turns out they're Damselflies.

This beetle was about 3 inches long! Very colorful with bright yellow antennae. I found out later they can fly.

Love this Spiny Orb Weaver spider. I had tons of them on my property in Zancudo.

I watched her build such a perfect web. She had to rebuild it after the heavy rains came.

Tiniest baby grasshopper. The flower is about an inch wide!

I have no idea what this guy is but he's super cool looking!

Just another thing crawling around outside the house

Handsome beetle in my bathroom

Here they're called zompopo and they're everywhere. You really have to watch where you're walking in the jungle or on paths because you never know where you'll come across a trail of thousands of ants carrying leaf pieces back to their mound. If you follow their path in either direction, you'll either come across their large flat nest that can reach 10 feet into the ground, or you'll see them disappear high up a tree to fetch their leaves.

These are high on my favorites list. They're so interesting! Basically, the ants trek up to hundreds of feet from their nest and up a tree to cut off (huge in relation to their body size) pieces of leaves which they then haul back home in cleared leaf-cutter ant paths through the jungle. They then use the leaves to farm fungus that feeds the entire colony.

Leaf Cutter Ants are so so cool.

They go up to a hundred feet into the forest to climb a huge tree and trek the leaves home to use them to farm fungus for their food.

Lots of ants, lots of leaves.

It's true, you come to Costa Rica for the nature and wildlife. Despite it's gain in tourism, it's still a protected eco destination full of biodiversity.

There's not much to write. Just a bunch of photos! :) This doesn't cover even a portion of what's here or what I've seen but it' ....