Fake or Staged Instagram Travel Photos From Around the World 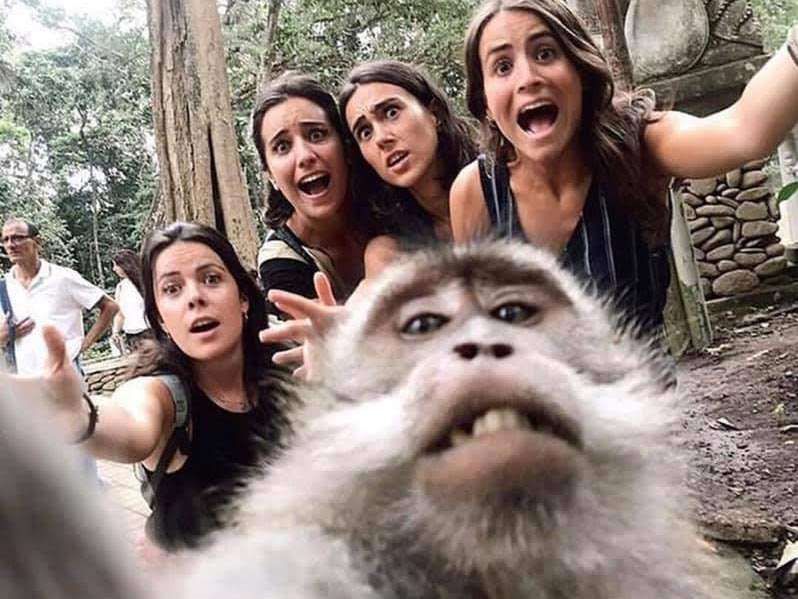 I actually think this picture is super cute! They did a great job, but it is staged.
You mean those photos are fake?!
I won't even get into how I feel about all the "travel influencers" and their contrived posed photos. To each his own, that's just not my thing. But what you might find surprising is some of the actual fake or totally staged photo opps that are popular! Check out these photo tricks that are often sadly pawned off as real.

Some staged photos are just for fun like the monkey selfie, but more and more photos are being set up around the world using locals as models recreating a scene over and over again for hoards of photographers. The digital world has simply made it difficult to become a unique presence and people are doing whatever they can to post the "perfect" photograph to get more followers.

But I'm not here to call everyone out on the spontaneity of their photos, just to debunk some common insta fakies. I'll add to this post the more I find throughout the world. For now, the majority seem to be in Bali; home of the selfie nest. LOL

Probably the most widely spread is the Gate of Heaven at Lempuyang Temple‎ in Bali. People wait in line upwards of 2 hours to do their yoga pose between the giant gate pillars to get their photo with the crystal clear reflection in the pond below. How many people are surprised when they show up and the pond is actually just dirt?!

Here's the trick. There's a local guy (ingenious IMHO) who charges people $5 to take their photo using a mirror to mimic a water reflection. I hope these same people take the time to walk the beautiful grounds and actually visit the temple. 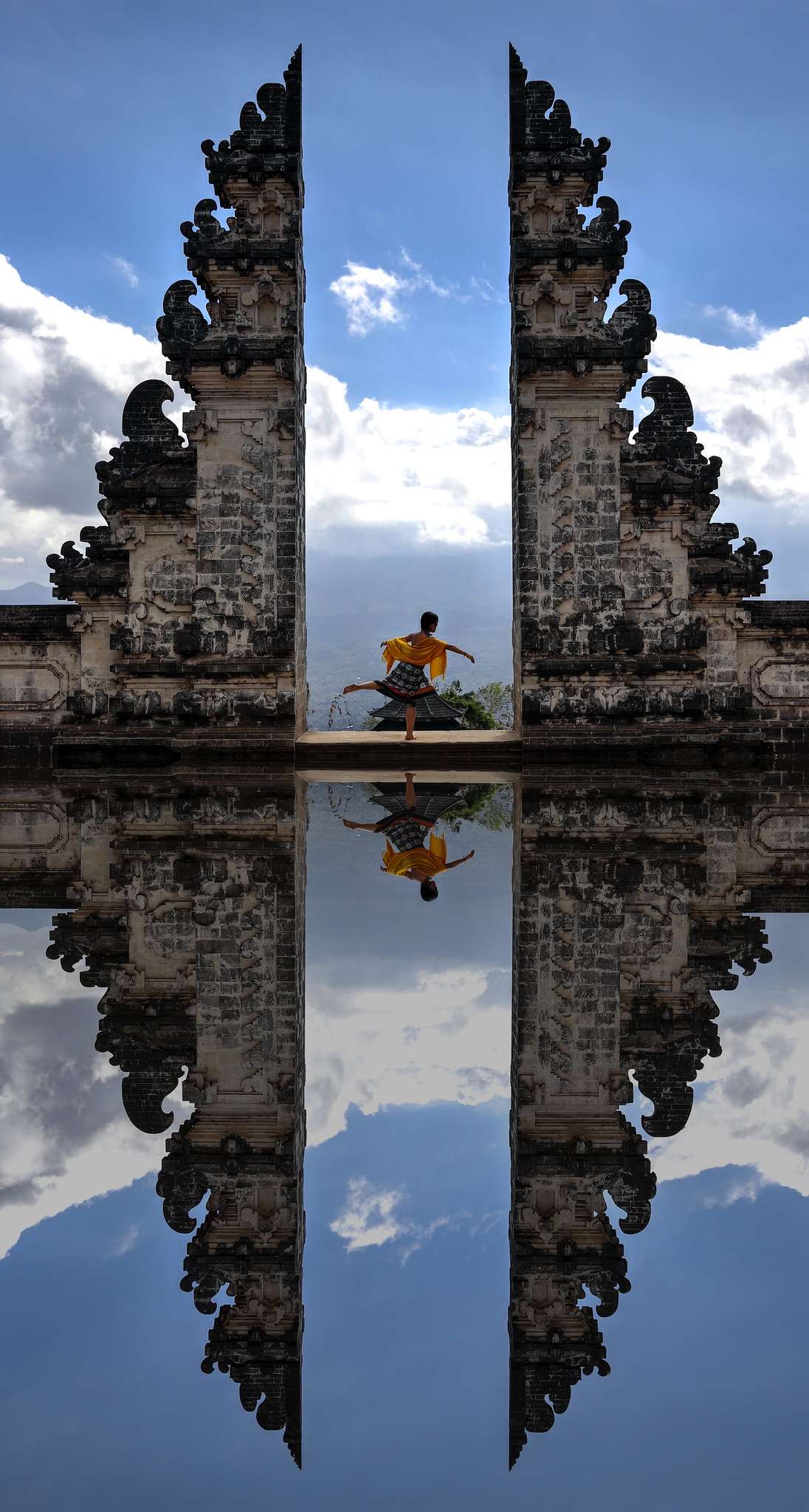 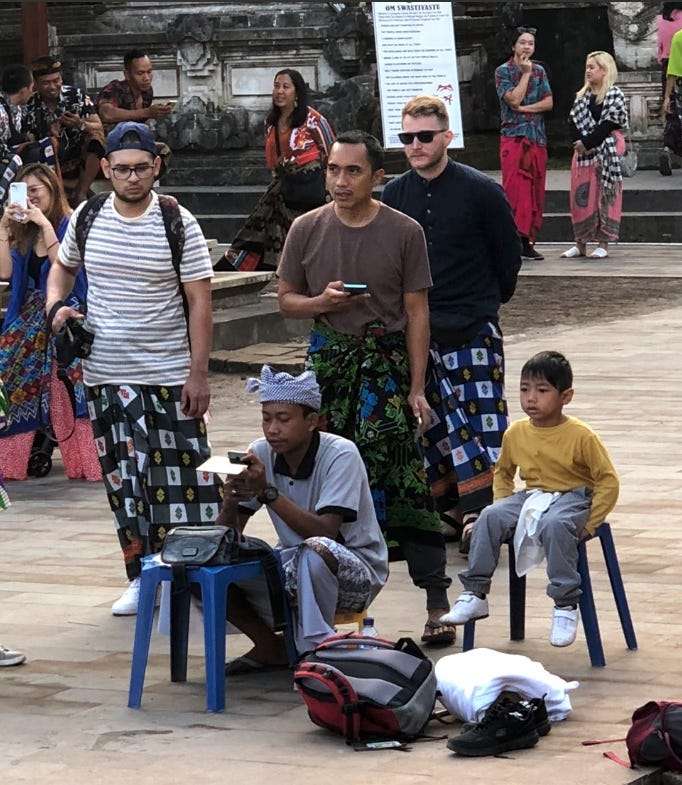 Sacred Monkey Forest Sanctuary Ubud has a new trend of selfie-taking monkeys. The rangers will take the photo for you and feed the monkey to get it to do the trick and yeah, it's sort of funny because it looks like it's the monkey taking the photo.

People are snatching up the opportunity to get a funny Instagram photo which unfortunately a lot of them pretend is real. There is even one photo of the monkey giving the middle finger that went viral on social media and online news sites as if the monkey were actually taking an unauthorized selfie, but it's totally fake!

Staged monkey selfie in Ubud Monkey Forest
Judy Hicks
From the Bali Plus interview of the entrepreneurial ranger: "According to the monkey tamer at Monkey Forest Ubud, I Nyoman Surata (40) to Tribun Bali on Sunday (6/9/2019), the method is relatively easy. During the photo session, Surata is using bananas to lure the monkey’s attention. He takes the photos using their smartphones from the tourists while holding a piece of banana in his hand so the monkey is looking at the camera. When the monkey is about to reach for the banana, he then captures the moment.

Many tourists share this unique selfie on Instagram which put Surata busy in handling many people who want to go on a selfie with the monkey. Even though the method is quite easy, Surata also suggested to not to do this selfie activity alone or you may lose your smartphones or camera since the monkey could take them away."

Probably the most iconic photo representing Myanmar other than the temples, is the local fisherman balancing on the end of his boat, holding a fishing basket up in the air making for a very picturesque capture. But nowadays, that's really all it is, picturesque. The fishermen no longer use this technique, but they'll hang out waiting for boats to come by with tourists and they'll strike their pose. Of course you are then expected to pay them for this authentic local photo opp.

I actually got a lot of great photos of REAL life on the lake, but did I want one of the fisherman holding up the basket? You bet. 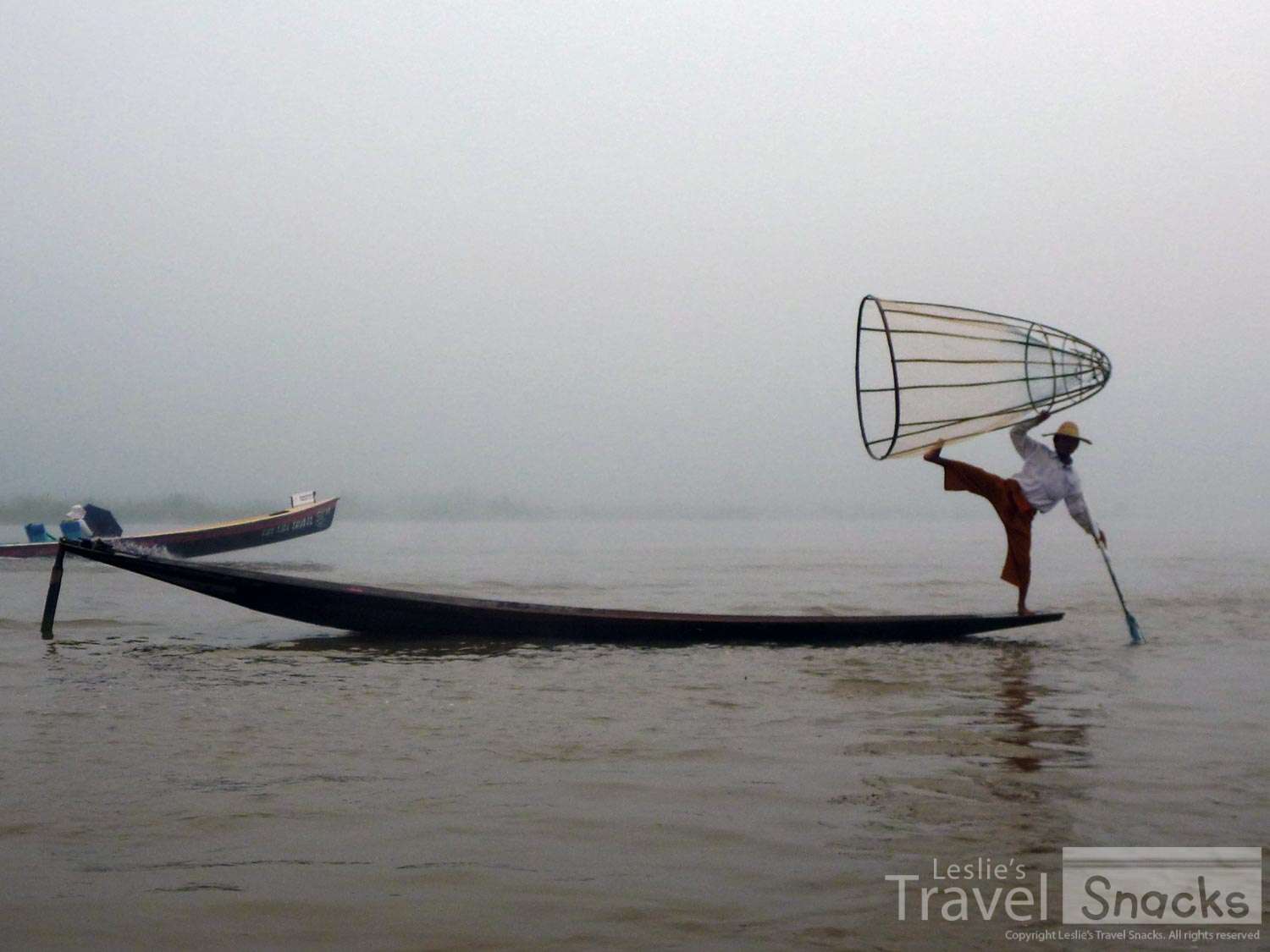 Here's my photo from Inle Lake and i can tell you, this is only a pose for the tourists.

Saying You're from America

With all the hype of people saying it's rude for those of us from the US to say we're from America, it's time to step back and look at the reality of it.

A combination of natural food, being more active, and a good attitude, I typically lose at least 10 lb during a month traveling.

It's amazing how many of life's luxuries you can live without. Water and light? Yep! It might even enhance your trip.